Understanding the terms used within the Party Wall Act 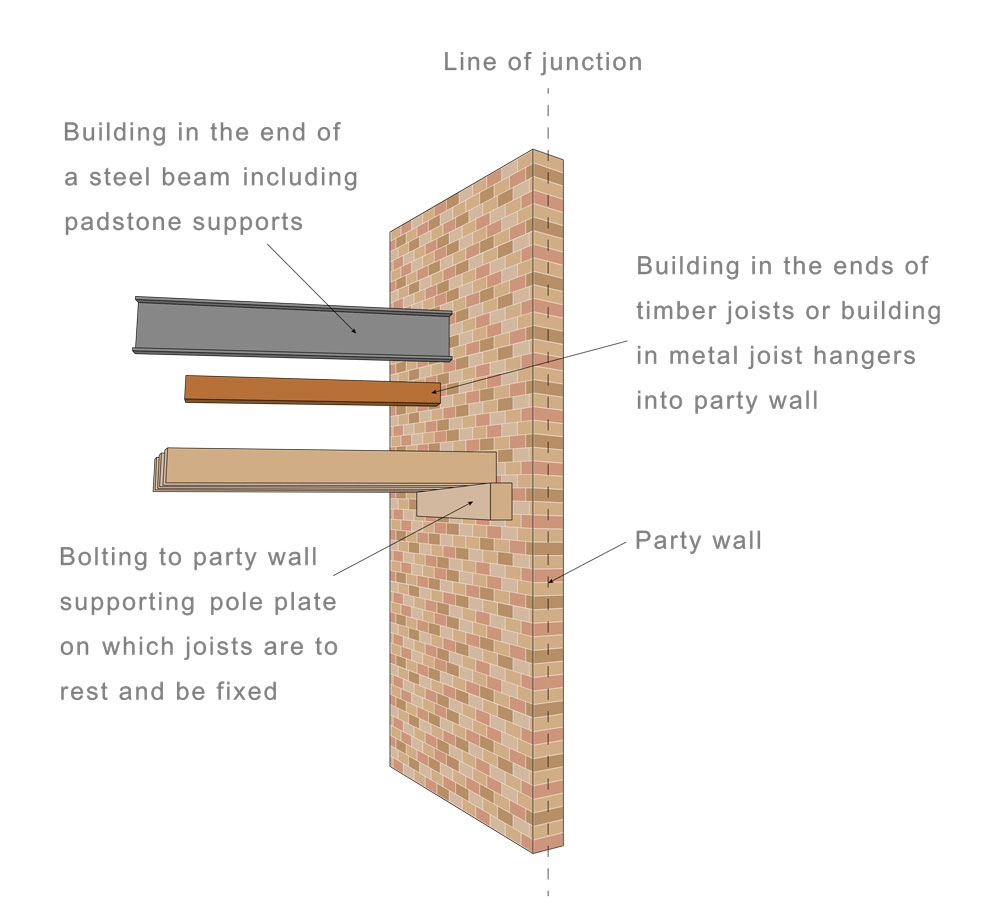 A party wall (or floor) divides and separates buildings belonging to different owners. The wall might straddle the boundary line or be wholly within the boundary of one owner’s land but still functions as dividing wall between buildings.

A wall that is not part of a building but is on land that belongs to several different owners eg a garden wall. Wooden fences are not considered a party fence wall.

Similar to a boundary line that divides the lands of Adjoining Owners, the line of junction also extends upwards.

The owner who is proposing to carry out works falling within the scope of the Act.

The person appointed by either or both owners. The Party Wall Surveyor will be impartial throughout the process and will resolve – to the satisfaction of all parties concerned – any disputes arising in connection to the works.

The surveyor appointed by the Building Owner who is proposing the works.

The surveyor appointed by the owner of an adjoining property.

The surveyor appointed jointly by the Building Owner and Adjoining Owner.

A formal written assessment and photographic record of the condition of the Adjoining Owner’s property before work commences. It’s important that this includes any existing defects or issues that could later be claimed as damage resulting from the works.

A legal document, prepared by the surveyor(s), that sets out: