Are You About to Get on the Surrey Property Ladder?

With house prices in Surrey rocketing, it seems to be increasingly difficult to get on the property ladder – a survey carried out by estate agents Savills showed that just 20% of 25-year-olds own their own property, little surprise when local average prices are in excess of £400,000 and a proportion of people feel their only option is to uproot and move out of the county.

Even the government’s Help to Buy Equity Loan doesn’t seem to be helping first time buyers in the South East. Whilst the scheme has helped buy more than 100,000 homes in England, which equates to one in three properties, just one in ten properties in London were bought in this way. And in Guildford, where Home-Approved is based, latest available figures show that just 39 loans were taken out.

We all know there is a housing crisis and the government has vowed to build more affordable houses, but for some patience is wearing out – you may have heard the news of a group of squatters occupying a multi-million-pound mansion in London’s Belgravia in January. The so-called Autonomous Nation of Anarchist Libertarians invited homeless people to stay with them and it was, apparently, a protest against the many empty residential properties in the capital.

An extreme move perhaps, but it highlights the issues that many people are facing. At Home-Approved, we were interested to discover a relatively new concept – collective living. The Collective operates in London and provides an alternative to traditional flatshares and rental properties. Old Oak is a co-living scheme, a cross between a hotel and university hall of residence for up to 550 people in small, self-contained units. The all-inclusive rent includes linen and cleaning, utility bills, and access to communal spaces such as a dining room and library. It’s a really interesting idea for young professionals who can’t afford to buy in London, but probably not quite the ‘home’ that many people desire.

It’s not all bad news. Careful budgeting can get results as some young couples have proved. The important thing to remember is to not cut corners when buying a property. No matter how hard it has been to scrape together your deposit, don’t be tempted to scrimp when it comes to ensuring that the property you’re buying is a sound investment. Nobody likes to add to their bills, but a building survey is probably the single most important additional expense to allow for. Buying a property is the biggest financial commitment you can make – whether you’re buying on your own, with friends or family, make sure you are fully aware of the property’s condition.

Home-Approved provides structural surveys in Surrey, Hampshire, Sussex and London. Buying your first property is a mixture of fear and excitement – a Home-Approved survey will help allay those fears and give you all the information you need to make a considered decision going forward to completion. 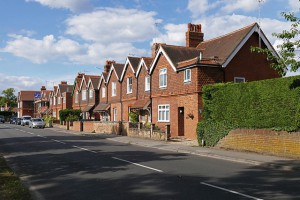 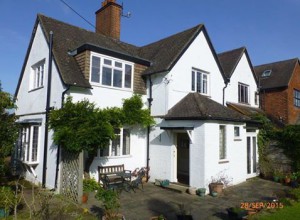 We carried out a full building survey on this lovely cottage in Wonersh, near Guildford